The purpose of the WOW HOW series is to provide examples of great leadership behavior. In this article Ricardo describes his experience of the Mexico earthquake in September 2017. In fractions of seconds everything started to move and buildings collapsed. His priority was to protect his team and ensure that everyone was OK. Discover here what went through his mind in this dramatic moment.

Sven – Hello Ricardo, thanks to be with us.

Ricardo – Hi Sven. This is a pleasure. 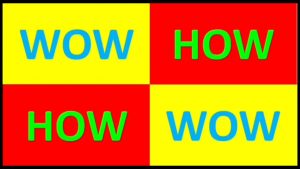 Maybe we should first introduce yourself. You are the head of Medical for the Latin America region.

Sven – in September last year, Tuesday the 19th was a very special day. Could you describe to us what happened?

Ricardo – Yes, sure. I will never forget. We were held our first regional team meeting. This event took plance in Cuernavaca close to Mexico City.

Sven – How many were you at this meeting?

Ricardo: We were 14 team members plus the 2 consultants who helped facilitate the session. It was the first day. We had spent the morning working on our vision and strategy. Everything was really working well. We took a break for lunch. I stayed with the consultants for a few minutes to fine tune the next part of the meeting when suddenly everything started to move. 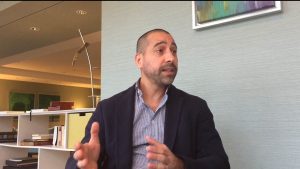 The wall of our meeting room was decorated with many clocks indicating the time from all over the world. These clocks started to shake and fell off the wall. It was very noisy.

Sven – Did you realized immediately that this was an earthqduake? 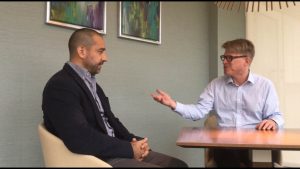 Ricardo – Yes, I understood at that moment that it was an earthquake. I will never forget this beautiful meeting room with all the clocks and a huge chandelier. Everything was shaking.  Even the ground started to move. It was very loud and it was clear to me that this was an earthquake – and a strong one.

So I told the team that we had to leave the room. Whilst we were running towards the garden, where the rest of the team was waiting for us to have lunch, a building next to us collapsed. 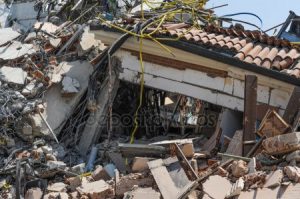 Sven – That was the famous Mexico earthquake, but at that moment you were suddenly caught by that incredible situation with buildings collapsing next to you. That must have been very frightening! What was your reflex in that moment? 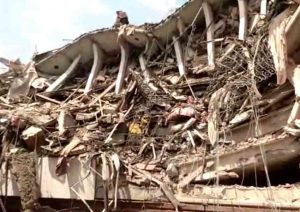 Ricardo – At that point, my first reflex was to ensure that the team was safe. In the meeting room, I had 3 people around me: two consultants and a team member. My first reaction was to put them safe. My second priority was to look after the rest of the team.

As soon as we were in the garden, I was shouting the name of our company and tried to see where the other team members were located. I counted them and checked if they were safe. We were together and everyone was fine. At that point I could calm down a bit. Then I turned to the hotel manager and checked if his people were OK too.

Sven – That is interesting, because you had first of all to understand that this was an earthquake and then to take the right decision not only to protect yourself but also to protect your team. 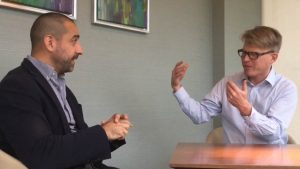 What went on in that moment in your mind – in these fractions of seconds – to have that reflex to think already at that moment about the others.

Ricardo – The first thing is the responsibility we have as leaders. I was in charge of the team. I felt responsible for that meeting and for the safety of the team. We had people from all over Latin America (Argentina, Brazil, Equator, Panama, etc.). My first reaction was to worry about my team.

Sven – You felt that responsibility, in those seconds you could feel that you had to look after their safety. That is what came first to your mind, right? 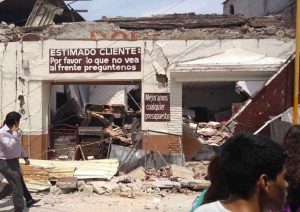 Ricardo – Yes, and as you said at the introduction, I am a medical doctor. Maybe that is contributing to that feeling of being responsible for other.

Sven – This is an amazing story and one can imagine what kind of emotions that must have triggered in the dust of collapsing buildings. I find it remarkable that in such a dramatic situation you had that reflex to think first about your team. I think that is indeed an example of great leadership behavior. Many thanks  Ricardo for sharing this amazing story !

(see my other article on leadership: Leadership and Architecture)